The promontory of Capo Caccia (168 m ASL) represents the most southern strip of the carbonate platform of the geographical zone named Nurra. It is a great complex of calcareous cliffs, which emerged from the sea about 70M years ago during the upper cretaceous. Its current configuration is the result of a moulding due to considerable karstic phenomena that occur both by some shapes on the surface and hypogenic morphology (caves and sea caves). 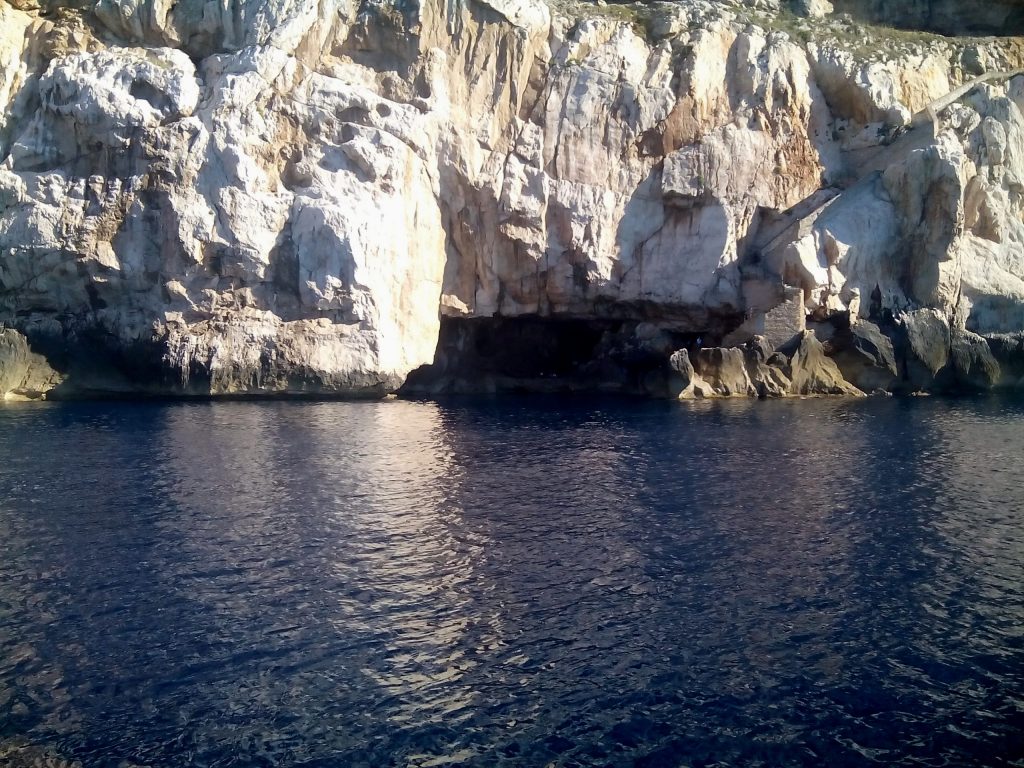 Karst is an erosive phenomenon in which the rainwater that contains dissolved carbon dioxide, chemically alters the calcareous reliefs and erodes several portions of limestone, till to create a landscape rich in particular shapes. The chemical reaction is accelerated by the heat and consequently the most favourable climates to the karstic phenomenon are temperate.

The water that infiltrates into the rock, exerts an action through processes both by chemical corrosion and mechanical erosion.

In order for the geological process to make progress in space and time, the rock must be fractured, so that the rainwater can penetrate deeply. Then, once the rainwater penetrates the ground by infiltration, it circulates by following the crevices in the rock, contributing to enlarge and slowly giving shape to the hypogenic caves, such as the Neptune’s Cave.

Inside the caves, the carbon dioxide (CO2) dissolved in the waters can be released, therefore, the bicarbonate (HCO3) turns into calcium carbonate (CaCO3) that precipitates in a form named alabaster, thus generating the sediment that over time will become what we know as stalactites, stalagmites and columns.

The stalactites have a slim shape, conical o cylindrical, hanging from the vault of the cave, of variable length from a few centimetres to several metres. The stalactites, for progressive accretion, increase of length and of diameter. Their estimated speed of growth is 1 cm3 in 100 years.

The stalagmites are breast-shaped, by overlapped domes, developing on the floor of the cave, right over there where the drop falls from the ceiling. in this case, is the impact on the ground to provoke the precipitation of calcium carbonate. The rate of formation is even slower than the stalactites: 1 cm3 in 200/300 years.

The columns are formed by downward extension of the stalactites and upward growth of the stalagmites, until they are joined together. They have a variable diameter and are centrally tapered. 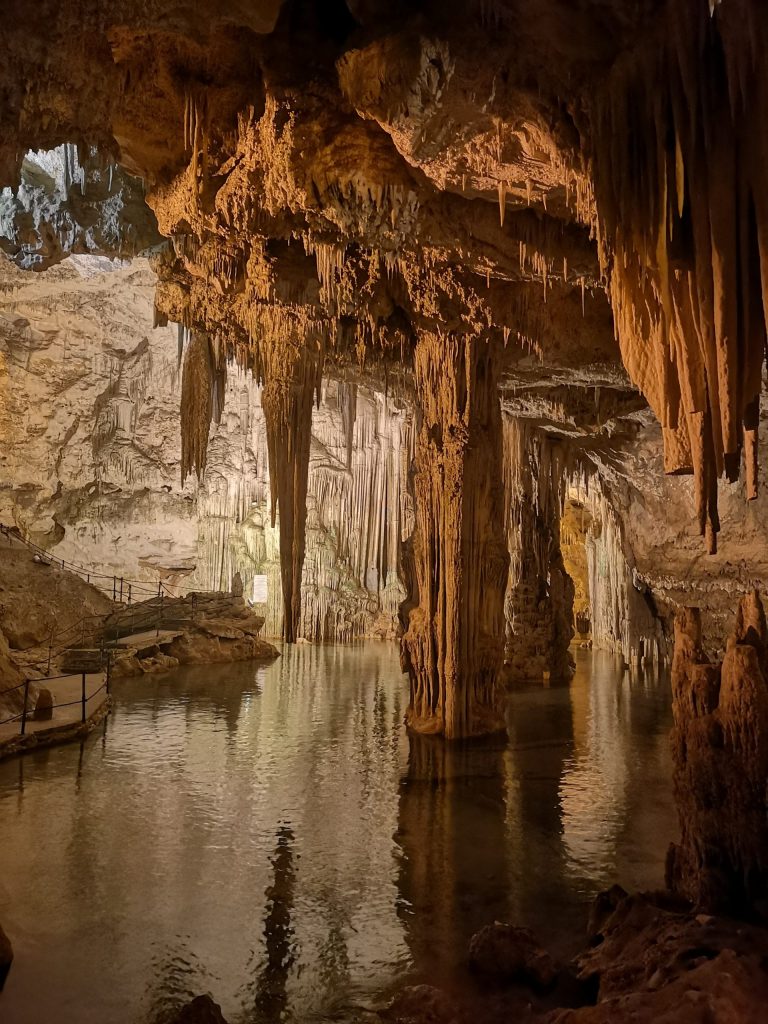