Since the end of the 19th century a natural cleft on the limestone cliff of Capo Caccia hosts the effigy of the Nostra Senyora del Frontuni as a symbol of faith still celebrated by some coral fishermen coming originally from Torre del Greco - SW Italy, who have since ever sailed these seas.

"Frontuni” is actually a name that in the local Alguerese language is pronounced “Fruntuni” and it was given to the promontory of Capo Caccia by the ancient fishermen of Alghero and Torre del Greco. On a closer linguistic analysis the term rather derives from the Neapolitan “fruntone” since it seems to refer to the pediment called “frontone” in the Italian version, which is nothing more than an architectural element incorporated by a two-sloping roof. The massive structure of Capo Caccia, however natural, seems to embrace the niche together with the Madonnina, becoming the place where those fishermen with an unlimited imagination and devotion, had thought to call this bastion of faith in that way. The name "Frontuni" itself gives food for thought on the magic that features between word and culture of those who put them in voice not only according to tradition, but also and above all, seizing the option of a new language, and in this case, the hard life at sea. 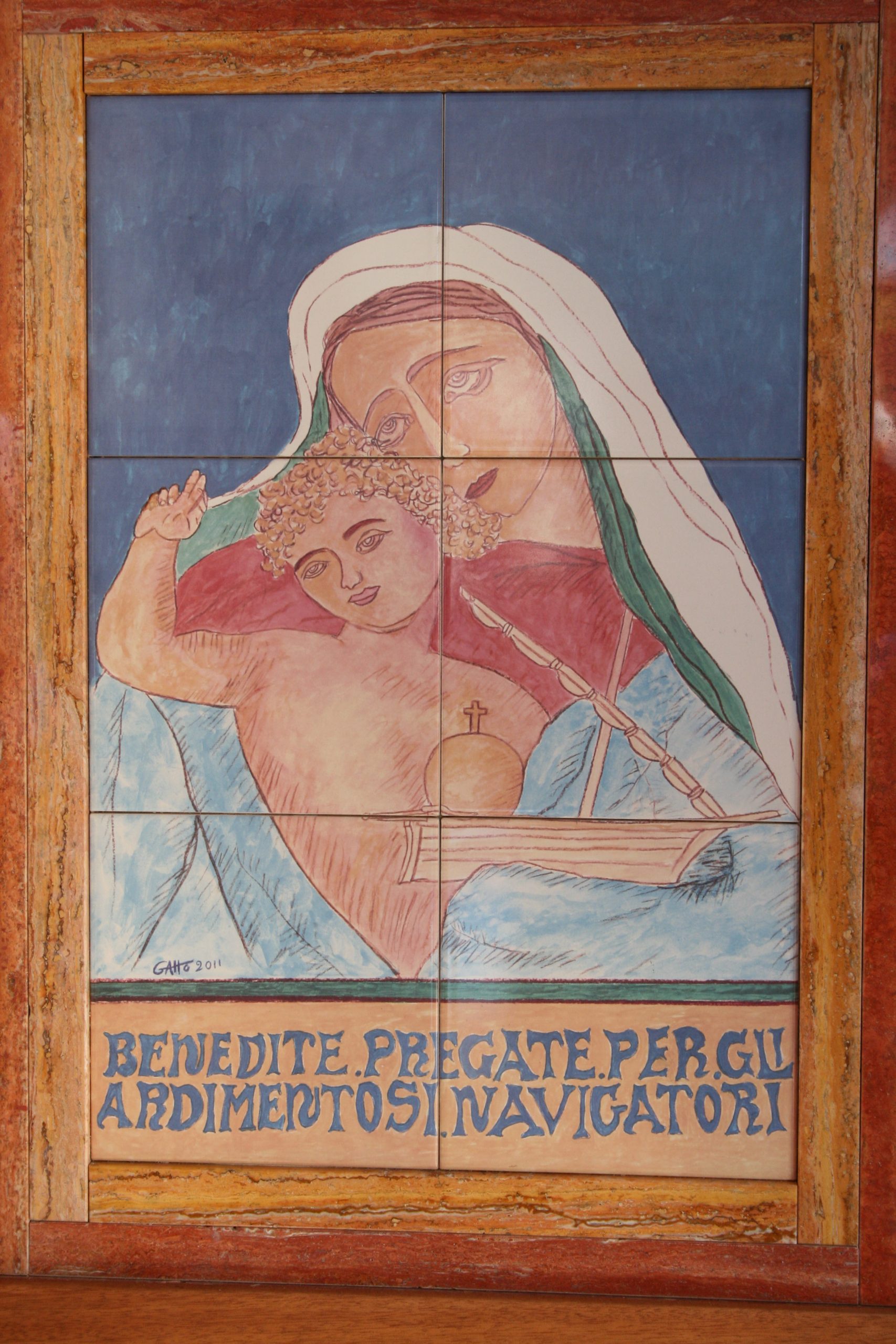 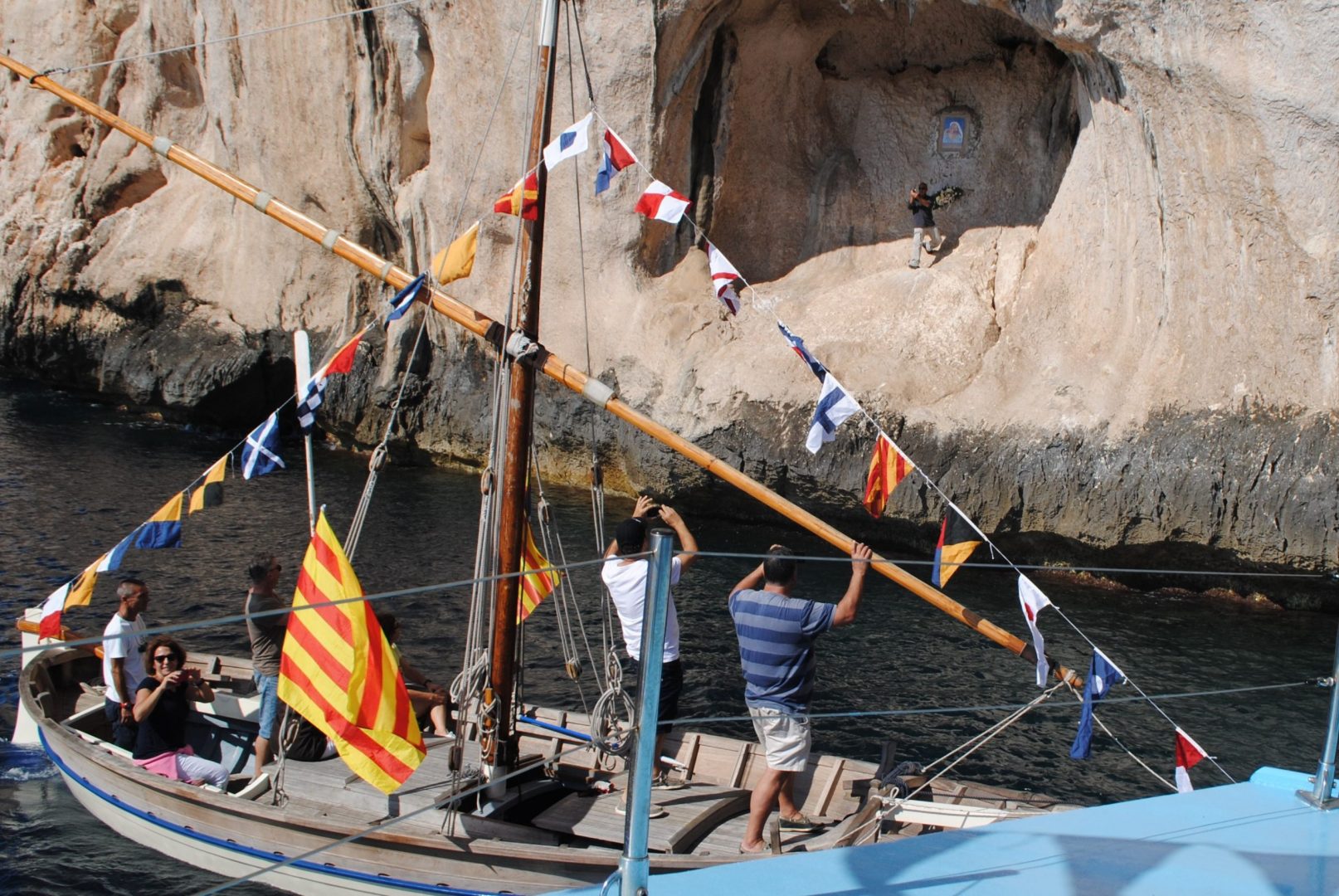 This bastion of protection was especially used upon stormy sea conditions when sailing towards Capo Caccia exposed to the Mistral, made the experience equivalent to trying to overcome the Pillars of Hercules.

The little Lady of Frontuni has recently been made ex-novo by an artist from Alghero replacing the earlier one which had been worn-out by time.

Every year in May when the coral harvesting season begins, as well as at the end of it, in September, a boat parade to honour this Lady of the Sea takes place.

"Bless and pray for the daring navigators" states the inscription alongside the sacred effigy.

A plea that evokes the hard and incessant work of the fishermen which consists not just in harvesting red coral, but also in catching the famous lobsters, up to in doing some traditional fisheries.

This invocation does not resound at sea only. It echoes around the corners of the old port, alongside the fortified walls, inside the ancient churches, and then it will be easier to imagine how through the centuries the Genoese, Catalan, Aragonese, Torrese - also called “Corallini”, Majorcan, Sicilian, Alguerese people have come and gone, each time and each one, with their own knowledge of the sea and own technique. The performances have also improved since their techniques have become increasingly refined through comparison, especially in the field of ship construction, such as the famous spagnolette or gozzi boats.

The area just beyond the central square of the old town - piazza Civica, included within the Maddalena Fort, has in the earlier times been converted into a large open-air dockyard, unfortunately lost today.

Human knowledge – there’s no other way for evolution, it has since ever been delivered into the hands of a few, though yet very noble Master Shipwrights.